The Book of Stolen Dreams

An exhilarating, awe-inspiring debut from a master storyteller writing for children for the first time, perfect for fans of Philip Pullman, Katherine Rundell and Eva Ibbotson. When Rachel and Robert are passed a stolen book by their librarian father, they have to go on the run and protect it at all costs. With their father […]

‘Well,’ said Joyce, ‘it seems to me we are a pretty representative gathering. How would it be if we formed a Club? What is today? Tuesday? We will call it The Tuesday Night Club. It is to meet every week, and each member in turn has to propound a problem. Some mystery of which they […]

Clashing empires, forbidden romance, and a long-forgotten queen destined to save her people – New York Times bestselling author Tahereh Mafi’s first novel in this epic, romantic fantasy series inspired by Persian mythology. To all the world, Alizeh is a disposable servant, not the long-lost heir to an ancient Jinn kingdom forced to hide in […]

The Boy Who Got Accidentally Famous

From million-copy bestselling author David Baddiel comes a laugh-out-loud story for readers of 8 and up that takes you on a roller-coaster ride of fame and friendship… Nothing extraordinary has ever happened to Billy Smith. In fact, every single thing about him is ordinary, including his name. But when a documentary crew turns up at […]

Six kids search for a new place to call home in this middle grade graphic novel debut by comic creators Cait May and Trevor Bream, for fans of Marvel’s Runaways and The Witch Boy by Molly Knox Ostertag. Another Kind is not your average monster story. Tucked away in a government facility nicknamed the Playroom, […]

The World Between Blinks (Bok 2): Rebellion of the Lost 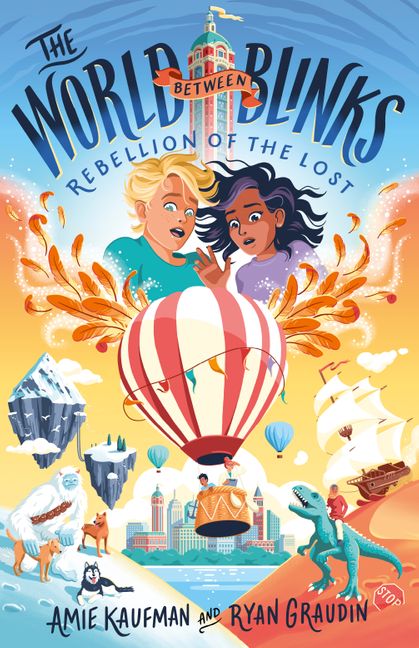 Return to the magical world where lost things are found. After Jake and Marisol’s last adventure in the World Between Blinks, the cousins are safely back where they belong. Until, suddenly, they’re not. When they return unexpectedly to the World once more, Jake and Marisol find that nothing is as they left it. The Administrator […]

Comic Classics: Hound of the Baskervilles

Skulduggery, Valkyrie and Omen return in the 14th and penultimate novel in the internationally bestselling Skulduggery Pleasant series – and their most epic test yet… In a matter of days, the world will change. Billions of lives will be wiped away in a final, desperate search for the Child of the Faceless Ones – she […]

The school show must go on, as Anisha takes on her latest hilarious detective case. JUST ONE WEEK UNTIL SHOWTIME! I’m SO busy – our class is putting on a musical, and we only have ONE WEEK before curtain up. And, as it’s nearly DIWALI, Granny Jas is cooking non-stop, and Auntie Bindi is determined […]

Into the Sideways World

What if you found a perfect world – but no one believed you… ? Twelve-year-olds Willa and Manny hear of a mysterious animal prowling the beaches of Whitley Bay and are determined to prove it is real. When they follow it into a flooded cave one full moon, they are swept into an alternative, ideal, […]