The Thief Who Sang Storms

The Island of Morovia is shaped like a broken heart. The humans live on one side of the island, and the alkonosts – the bird-people – live on the other. But it wasn’t always this way… Linnet wishes she could sing magic, like her father, Nightingale – and bring the two sides of her island […]

Fresh, accessible, and inspiring, Shaking Things Up introduces fourteen revolutionary young women – each paired with a noteworthy female artist – to the next generation of activists, trailblazers, and rabble-rousers. From the award-winning author of Ada’s Violin and Lifeboat 12, Susan Hood, this is a poetic and visual celebration of persistent women throughout history. In […]

The Violet Veil Mysteries (Book 1): A Case of Grave Danger

A breakout new detective series, from the author of the spine-tingling SCARLET AND IVY series, beautifully illustrated by Hannah Peck. Violet Veil wants nothing more than to prove her worth and become her father’s apprentice at Veil & Sons Undertakers. And one rain-soaked night she gets her chance when she meets a boy, Oliver, who […]

The Violet Veil Mysteries (Book 2): A Case of Misfortune

The second title in this breakout new detective series, from the author of the spine-tingling Scarlet and Ivy series. Violet Veil is ready for her next big case and with trouble afoot at the Grecian Theatre, Violet and her dog Bones are hot on the trail. But just who is the mysterious fortune-teller, Lady Athena, […]

When five animal friends – and one cunning snake – brainstorm ideas about something absolutely terrific to do, they learn about friendship, cooperation, and compromise. Sophie Gilmore’s hilarious picture book will be devoured by fans of Ryan T. Higgins’s We Don’t Eat Our Classmates and Jon Klassen’s This Is Not My Hat. Mandrill, Owl, Badger, […]

Stories of Horses and Ponies for Little Children

Discover five charming horse and pony stories from around the world – from a little pony who wants to be all grown up, to three wild horses who outwit a hungry wolf.

Hercule Poirot is travelling by luxury passenger coach from London to the exclusive Kingfisher Hill estate, where Richard Devonport has summoned him to prove that his fiancée, Helen, is innocent of the murder of his brother, Frank. But there is a strange condition attached to this request: Poirot must conceal his true reason for being […] 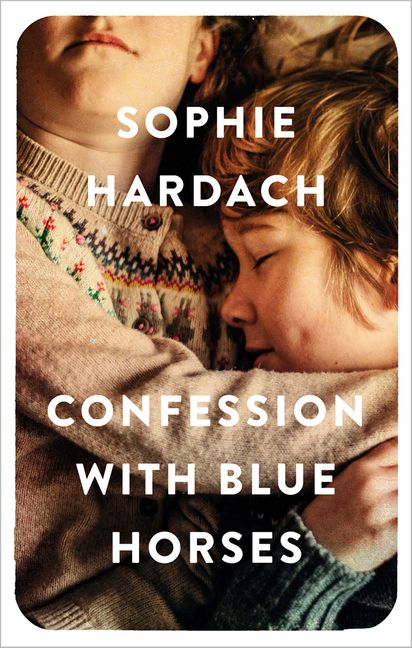 Set in Berlin during the dying days of communism, this is an exploration of a family cruelly torn apart, and the consequences of war seeping through generations. Tobi and Ella’s childhood in East Berlin is shrouded in mystery. Now adults living in London, their past is full of unanswered questions. Both remember their family’s daring […]

A brand-new mystery for fans of Harry Potter and Murder Most Unladylike children’s books, The Last Secret is the sixth and final book in the Scarlet and Ivy series. When Scarlet and Ivy return to school after the holidays, they quickly realise that the school is in danger. The twins will need to confront enemies […]