There’s a Ghost in This House

A captivating new picture book with interactive transparent pages, from world-renowned artist Oliver Jeffers. Hello, come in. Maybe you can help me? A young girl lives in a haunted house, but has never seen a ghost. Are they white with holes for eyes? Are they hard to see? She’d love to know! Step inside and […]

A classic picture book sharing an original Hundred Acre Wood Tale with a brand new generation – Pooh Invents a New Game. With original illustrations and text, and a beautiful four-colour cover, this title is the perfect story for bedtime and a gorgeous addition to any Winnie-the-Pooh collection. Join Pooh and friends in Hundred Acre […]

Illustrated Stories of Monsters, Ogres and Giants (and a Troll)

Meet monsters, ogres and giants – plus a very grumpy troll – from all over the world. Ten entertaining stories include a female Jack climbing the beanstalk, a lonely ogre and a brave little tailor whose adventure begins with some annoying flies and a pot of jam.

Everything: Stone Age to Iron Age

Woolly mammoths, ancient civilisations, fantastic forts! It’s time to learn everything about the Stone Age to the Iron Age. Packed with facts, pictures and maps it’s ideal for homework, topic work, school projects and anyone who is simply curious about history. • colourful pictures • fun facts throughout • maps, diagrams, interactive glossary, and more!

The Last Kids on Earth and the Doomsdy Race 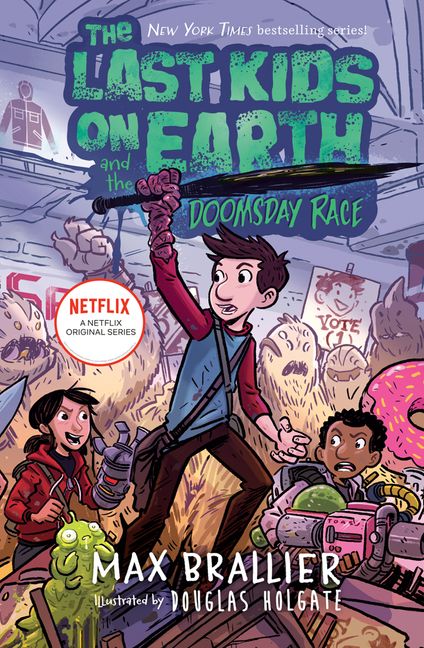 The fourth book in the Marshmallow Pie the Cat Superstar series by Clara Vulliamy, the author-illustrator of Dotty Detective. After his success on the silver screen, Marshmallow Pie – a big, fluffy cat with an even bigger personality – has an exciting opportunity to act on stage in a grand theatre. It will be his […]

Matt Sewell is back with a sumptuous celebration of our planet’s most extreme journeys. This is his own personal selection of the most amazing mammals, birds, reptiles, fish and insects that battle through the Earth’s toughest conditions in order to survive. Follow flocks of arctic terns on their annual 40,000-kilometre journey between the Earth’s poles. […]

Fireborn: Twelve and the Frozen Forest

Now a Netflix series! Join imaginative ninjas Wes and Georgie as they chase down Wes’s stolen lost tooth in this Level One I Can Read book with text by N. D. Wilson and charming art by Forrest Dickison. Wes’s first tooth just came out – and now he’s lost it outside! The only way he […]